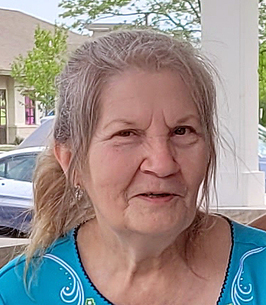 Born on March 3, 1949, in Kenosha, WI, she was the daughter of the late Ira and Florence Weddel, and her birth father, Robert W. Simons, Jr., who preceded in death before her birth. She attended local schools.

Linda enjoyed being a stay-at-home mom and cherished the time she had raising her 3 boys. She was a creative and talented artist of painting & crafts. She would spend countless hours and endless nights working on her creations to provide for craft shows and local gift shops. Many people would seek out her work looking for her signature “Lindi” on every item she made. Linda was in heaven and felt great accomplishment when she became co-owner of the Accent Shoppe gift store in downtown Kenosha where she spent many years having a blast with co-owners, friends & customers!

A private Celebration of Life for Linda with family and friends will be held at a later date.