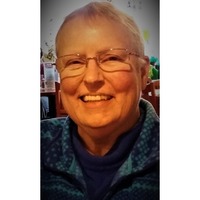 Linda Mary Roberts, 73, of Salem, passed away peacefully, surrounded by her loving family, Thursday, September 9, 2021 at her residence.

She was born on August 24, 1948 to the late David L. and Joyce M. (Chalker) Schmelling in Kenosha.  She was educated in Kenosha and graduated from Mary D. Bradford in 1966.  She received her BS in Life Science from UW Parkside and her BS in Bacteriology from UW Madison in 1971, and her Master’s in Education from Cardinal Stritch University in 2002.

On June 13, 1970 she married John Roberts (whom she met in college) at First United Methodist Church in Kenosha.

Linda was an investigator/bacteriologist for US Food and Drug Administration from 1971 – 1979.  After that she stayed home with her daughters until 1988.  Linda retired as an elementary school science teacher from Armitage Academy in 2012.

Linda was a member of Salem United Methodist Church.

Linda was a Girl Scout Leader for 15 years and received the Honor Pin, which is the second highest adult award.  She was a member of the Independent Order of Vikings and of the Burlington Area Car Club.

Linda’s hands were always busy with crafts, silversmithing (she made her and John’s wedding rings), lapidary (cutting and polishing stones), stained glass, sewing dolls clothes and crocheting.  Professional achievements include Who’s Who in Science and Engineering, Who’s Who in American Education, she received WI Elementary Teacher’s Distinguished Teaching Award in 2001, the Presidential Award for Excellence in Math Science Teaching in 2002, the UW Parkside Distinguished Alumni Award for achievement in 2003, she co-directed Science Academy at UW Parkside, was a lead teacher in Science Fellows at UW Parkside, lead teacher for microscopy at UW Madison teacher enhancement program, she taught summer school at Armitage Academy, UW Parkside, and the Center for gifted education,  presented at state and national science conventions, and published lesson plans for science Kit and Boreal Labs and NASCO science.

Linda is survived by her loving husband John, her daughters Jenny (Scott) Betournay of Concord, NH and Karin (Adam) Kirsch of Kenosha, her granddaughter Eden Grace Kirsch, her brothers Andrew Schmelling of Manitowoc and Kenneth (Karen) Schmelling of Salem.

She is preceded in death by a brother James, sister Katherine and a sister-in-law Sandra all in 2021.

Visitation for Linda will be held on Wednesday, September 15th from 4:00 p.m. to 6:00 p.m. at Salem United Methodist Church (25130 – 85th St.).  Funeral Services for Linda will be held on Thursday, September 16th at 11:00 a.m. with visitation starting at 10:00 a.m. at the church. In lieu of flowers, memorials would be appreciated to the American Cancer Society or the National Kidney Foundation.