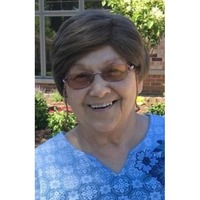 She was born on April 15, 1940 to the late Robert J. and Lillian Easter (Svejkovsky) Arens in Austin, MN.  She was educated in the schools of Austin and graduated from Pacelli High School.  Linda graduated from Gateway Technical College in 1977 with an ADN then received her BSN from Mount Senario College in 1985.

Linda married Walter Fogarty and he precedes her in death.  On June 27, 1963 she married Douglas Wagner in Milwaukee.  He preceded her in death on February 5, 2005.

Linda enjoyed reading, traveling, playing bridge and crafts.   Most of all, she loved spending time with her family.

She is preceded in death by a brother Robert, a sister Ardyth and a son-in-law William “Billy” LeMay.

A special thank you to the staff at The Addison of Pleasant Prairie for their compassionate care.

A Celebration of Life will be held at a later date.