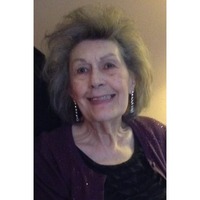 She was born on April 12, 1930 to the late Richard and Lillian (Borst) Bosman in Kenosha.  She was educated in the schools of Kenosha and graduated from Kenosha High School.

On May 13, 1950 she married Harold Gildenstern at Friedens Evangelical Lutheran Church.  He preceded her in death on February 29, 1992.

Lillian’s music career started by playing the piano by ear at a young age.  She was hired by the city recreation department to play at the social center at Lincoln Jr. High, she also worked for the Conservatory of Kenosha accompanying teachers giving singing lessons.  She did this for four years.  She took a break professionally in 1950 when she got married and had five children.  In 1965 she went to the organ club at the VFW and the rest is history!  She was hired by Hammond Organ store to demonstrate which led to playing at the Elks Club from 1966-1968, Radio Hammond Organ Show 1968-1972, Mardi Gras 1968-1969, Valley Supper Club 1969-1980, Casino Town House 1980-1993, Cooper House 1993-1994 and finally at the Hob Nob from 1995 to 2020.  Lillian has played at the Kenosha Yacht Club, played for many weddings and funerals, occasionally played with the Brass Ball Bangers and the Jim Campbell Band.

She is preceded in death by a brother George Bosman, two sisters LaVerne (Edward) Gildenstern and Margaret (Herb) Kloet, a brother-in-law Peter Lampada and a sister-in-law Gertrude (Alex) Bernhardt.

Zoom will start either a few minutes before 1:00pm or right at 1:00pm.