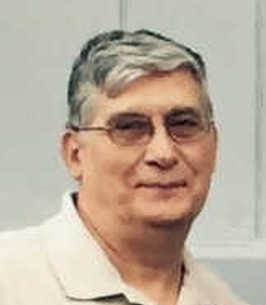 Born in Kenosha, on November 4, 1946, he was the son of the late Charles and Bernadette (Anderson) Bonofiglio. A lifelong resident of Kenosha, he was educated in local schools.

On January 6, 1964, Larry enlisted in the US Marine Corp. and was honorably discharged on November 25, 1970. He was proud to be a veteran and was a member and Commander of VFW Post 1865 and served as the Grand Commander of the Military Order of the Cootie.

On January 9, 1975, he married Sharon Albright in Chicago.

Larry owned and operated his own business, Larry’s Lock and Key for many years. He was an avid vegetable gardener, enjoyed cooking, and was a passionate photographer.

Aside from his parents, he was preceded in death by his beloved dog, Nugget.

Visitation will take place on Monday, September 20th, at Proko Funeral Home, from 5:00 p.m. until 7:00 p.m. Service will commence at 7:00 p.m. and conclude with full military honors.