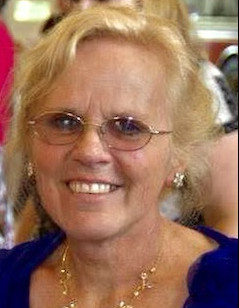 Kristine E. Wienke age 66 of Twin Lakes, WI died May 7, 2022, at Aurora St. Luke’s Medical Center in Milwaukee, WI. She was born in Burlington, WI on February 5, 1956. The daughter of the late Kenneth and Patricia (Riddehough) Rosenhauer. On September 12, 1981, at Messiah Lutheran Church she was united in marriage to Lon Wienke who preceded her in death on March 3, 2021.

During her life she worked with the 4-H of Kenosha County, was a member of Ducks Unlimited and Jobs Daughters International. Kristine also was the Superintendent of the Rabbits at the Kenosha County Fair.

Funeral Service Saturday May 14, 2022, at 1:00PM at Messiah Lutheran Church 8720 368th Ave. Twin Lakes, WI. Burial will follow at St. Johns Lutheran Cemetery in Slades Corners, WI. Visitation from 11:00AM until the time of services at the church. Online condolences Haaselockwoodfhs.com. The Haase-Lockwood & Associates Funeral Home of Twin Lakes, WI is assisting the family.