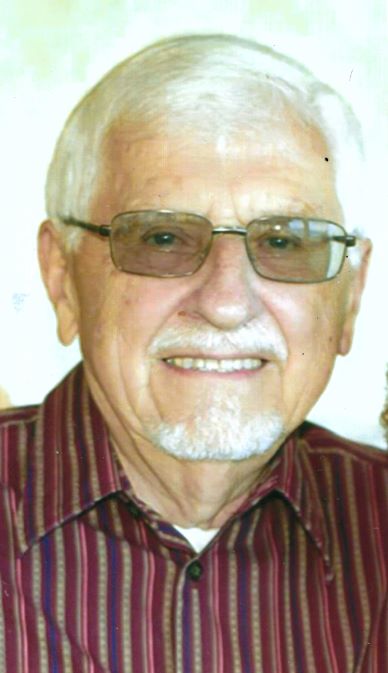 Kenneth Rokusek of Kenosha went to be with his Lord and Savior on Tuesday, July 12, 2022, at the age of 86.  He was born in Chicago on January 26, 1936. His family moved to Downers Grove, IL when he was in middle school. After high school in August 1953, Ken enlisted in the U.S. Air Force and was sent to Biloxi, Mississippi to train as a radio operator. Ken was stationed in Bermuda for 20 months and after 4 years in the Air Force enrolled at Moody Bible Institute. There he met Darlene Paquet, his future wife. Ken and Darlene married in 1959 and Ken worked for Eastern Airlines as a radio operator. In 1969, the family moved to Kenosha WI where Ken took a job as a systems analyst at Outboard Marine and then at Abbott Laboratories, where he retired in 1999.

Ken was a member of Kenosha Bible Church and Journey Church. He enjoyed playing on the church softball teams until age 51.  Ken led a care group for 35 years and many of his most enduring friendships were formed there.  He served the Lord for 30+ years with The Gideons International including as President. In his retirement, Ken became an on-call chaplain at Kenosha and St. Catherine hospitals. At the two Kenosha jails he held Bible studies and passed out books as a librarian.

Ken developed a deep love for His Lord and Savior and his life reflected it. His kind demeanor and sweet spirit lasted his entire life, even after his car accident. Ken’s courage, boldness in his faith and self-sacrifice shone bright for all who met him. He loved God deeply and loved people well. We will miss his silly jokes, his sage advice, and most importantly his prayers on behalf of his family.

Ken is with his daughter Colleen in heaven and is survived by his wife Darlene, his children Dan and Becky, as well as his 9 grandchildren and 8 great grandchildren.

A memorial service will be held at Journey Church (10700 – 75th Street) on Saturday, July 23rd at 1:00 p.m. with full military honors to follow. A visitation will be held at 12:00 p.m. prior to the service. Memorials can be given to The Gideons International or Moody Bible Institute.