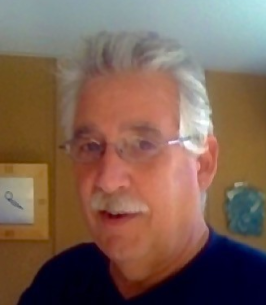 Kenny was born in Beaver Dam, WI, on September 10, 1948, to the late Lorraine Millicent (Hanaman) Wright and Kenneth Archie Wright, Major, US Army. He was their first born. Kenny had two younger sisters, Dawn and Yvonne, and an older half-brother, Curtis.

Being in a military family, “Junior” (as he was called then) moved numerous times while growing up, living in Beaver Dam, WI; Camp McCoy, WI; Camp Dachau, Germany; Relay, MD; Lawrence, IN; Highland Park, IL; and Libertyville, IL.

Kenny graduated from Libertyville High School, Libertyville, IL, in 1966, and attended McHenry County College in Crystal Lake, IL prior to enlisting in the US Air Force.

In 1970, Kenny met the love of his life, Linda Heynssens while working at M.L. Rothschilds. They celebrated their 45th anniversary on March 3, 2021.

Kenny dedicated his working life to customer satisfaction. For more than 30 years, he was self-employed as a manufacturer’s clothing representative for major brands sold under private label to Sears, Kohls and Montgomery Ward. For the past 13 years, Kenny was a home improvement outside sales specialist for The Home Depot.

Kenny was an avid reader who loved fishing, boating, and woodworking He spent his weekends working around the yard and talking to the neighbors. He was a diehard fan of the Chicago Bears and the Green Bay Packers. And he had an unsurpassed reputation amongst friends for telling jokes, some of them actually funny. Most of all, Kenny was a generous, kind and caring person. He will be sorely missed by family and friends.

In addition to his parents, Kenny was preceded in death by his two sisters, Dawn Elaine DeFreitas and Yvonne Lorraine Woods.

Funeral services and interment will be private. In lieu of flowers, those desiring may make contributions to the National Kidney Foundation of Wisconsin at www.kidneywi.org, in his memory. Arrangements were entrusted to Proko Funeral Home.