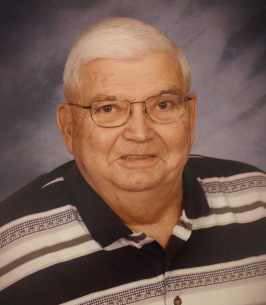 Born in Edgar, WI, on January 20, 1930, he was the son of the late Hurvey and Blanch (Lamson) Patefield. He served in the US Army during the Korean War and was honorably discharged in 1953. He came to Kenosha in 1964.

He married Ruth Marion and together they had five children. Then, on December 28, 1987, he married Kathryn Zengel. She preceded him in death on October 19, 2006.

Keith worked at Johnson Motors for six years then was employed as a machine operator and repairman at JI Case for 20 years and retired in 1990. His faith was important to him, and he was an active member at Kenosha Bible Church where he served as a greeter. He was a member of the American Legion and enjoyed tractors, campers, and spending time with his family.

He was preceded in death by a brother, Rod (M. Faith) Patefield; and his first wife, Ruth Marion.