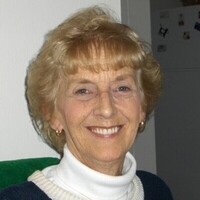 She was born on June 20, 1941, she was the daughter of Russell Duane and Kathryn (Zeller) Foster and the great granddaughter of Franklin H.  Baker Sr. founder of the Baker Coconut Company.

Kathryn graduated from Conestoga High School in Berwyn, PA.  She went on to major in Fashion Design at Moore College of Art, Philadelphia.  During her lifetime she also attended Mt. Hood Community College in Portland, Oregon and became a certified gymnastic coach and took courses in psychology at West Chester University in Chester County PA.

After retirement she devoted her time in genealogical research for herself and for others.  She was a member of the Daughters of the American Revolution.

Above all else she loved to travel.  Kathryn traveled the world as a military wife.  Kathryn was a gypsy at heart.  She thought nothing of packing up a U-Haul and moving on to a new adventure.  If she did not live in a state or a country in Europe, she traveled through it.

Kathryn was preceded in death by her parents, her brother Kenneth Foster and three nephews.

A private gathering of close friends and family will be held at the home of her daughter Alison Stockdale in Kenosha, WI as a celebration of Kathryn’s joy of life on Friday, April 8, 2022.

At Kathryn’s request her daughter Alison and son-in-law Eric Stockdale will escort her to Pennsylvania where she will be buried in the family plot with her parents and grandparents at West Laurel Hill Cemetery in Bala Cynwoyd, PA on Tuesday, April 12, 2022.

In lieu of flowers Kathryn requests that you give a donation to the Heritage Quest Research Library in Sumner, Washington.