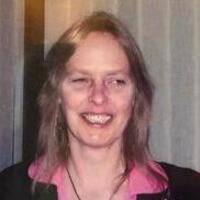 Kathleen Ehlers, 65, of Kenosha passed away on October 5, 2021, at her home surrounded by her loving family.

Kathleen was born on December 14, 1955, in Kenosha, the daughter of the late William and Marion (Wendorf) Naekrsz.  She was educated in the schools of Kenosha.  Kathleen married Marty Ehlers on June 15, 1974, in Kenosha.  She was employed at Curtis Strange School as a head custodian for many years.  Her hobbies included cooking, gardening, crocheting, music, but most of all she loved spending time with her friends and family, especially her grandchildren.

Kathleen was preceded in death by her parents, mother-in-law, father-in-law, brother, and sister-in-law.