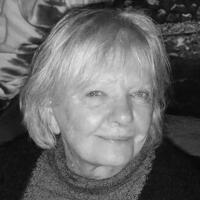 Judith was born on February 22, 1940, in Elgin, IL the daughter of the late Fred and Helen (Chambers) Miller. She was educated in the schools of Kenosha. Judith married Robert E. Gaal in Kenosha Wi. She was a member of Mt. Zion Lutheran Church. Judy was employed as a professor’s assistant  for the University of Wisconsin-Parkside Science department for many years. Her hobbies included cooking for family, baking her famous pumpkin pies, shopping, cheering for the Green Bay Packers but most of all she loved spending time with her friends and family, especially her grandsons.