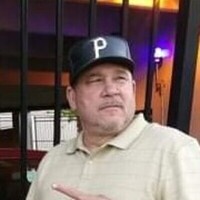 Juan M Candelaria, 58, of Kenosha passed away on December 20, 2021, at Froedtert South Kenosha Hospital from Covid-19.

Juan, who was known by many as Mallito, was born on December 12, 1963, in Waukegan, IL. The son of the late Mario Candelaria and Carmen Celia Tirado. He was educated in the schools of Waukegan. Mallito was employed as a cement truck driver for many years. His hobbies included working on cars, drag racing, playing baseball, and cheering for the Chicago Cubs. Mallito also enjoyed hosting cookouts with his family and friends singing and dancing to great music, but most of all he loved spending time with his beloved 8 grandchildren.