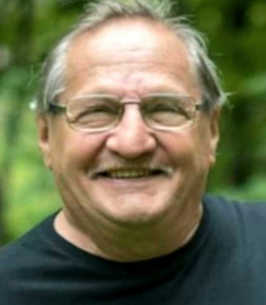 Joseph Frank Germinaro, 75 years old of Kenosha, WI passed away Sunday, January 23, 2022, at his home surrounded by his family.

He was born May 7, 1946, in Kenosha, WI to the son of the late Joseph and Sylvia (Zientek) Germinaro. On November 8, 2004, he married the love of his life, Judie Schumacher for 17 years, but have been together for over 40! Joe was drafted into the Army in 1967 serving in Vietnam ranking up to Seargent. He was honorably discharged in 1969 earning two purple hearts.

Joe was always doing something. He was always the happiest when holding hands with Judie no matter where or what they were doing; gambling, traveling, or impromptu dancing in the kitchen. He was an avid vegetable gardener and was a very handy man building anything and everything from his man cave to the chairs that furnished it. He loved to go fishing and cheered on the Packers and Brewers. Joe touched many hearts and left a mark on everyone he met. If you knew Joe, you loved Joe.

He was preceded in death by his parents and sister Rita Gross.

Visitation will be held from 11:00 a.m. until the time of service at 2:00 p.m. on Saturday, January 29, 2022, at Proko Funeral Home. Military honors to follow the service. Interment will be private at Southern Wisconsin Veterans Cemetery.