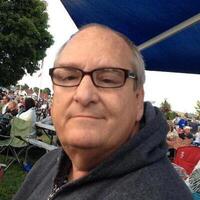 Joseph A. Edwards, 66, of Kenosha passed away peacefully and surrounded by his loving family on September 20, 2021, at Froedtert South-St. Catherine’s.

Joseph was born on December 10, 1954, he is the son of the late Daniel Dolan and Regina Edwards. He was born in Pennsylvania, and his family later moved to Bayonne, NJ. He met and fell in love with Lynnemarie Vezzosi; they were married November 6, 1976, in New Jersey and remained married until his death. Joseph had an expansive career in sales and marketing and held the position of Vice President for several food and confectionary companies.  He was a member of Holy Family Church in Carteret, N.J. for many years, assisting with parish activities regularly. Joseph dedicated countless years to the youth community of Carteret; he was a head coach for the town Pop Warner football teams and was President of the Carteret Sportsmen Association for many years. Joseph also co-coached a men’s intramural basketball team for the Carteret Specials. Joseph loved cheering for the Yankees, Packers, Celtics and Bucks. His hobbies included golfing, fishing and trying different restaurants, but most of all spending time with his family and friends.

A celebration of Joseph’s life will be held at a later date.

In lieu of flowers, donations may be made to a fund set up for his wife: gofundme.com/f/love-and-support-for-lynne