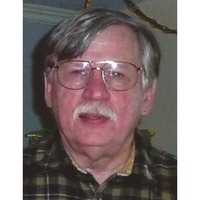 John W. Ours, 71, of Kenosha, passed away peacefully, Thursday, December 9, 2021 at the Hospice Alliance Hospice House.

He was born on June 5, 1950 to the late Joseph H. and Alberta (Loechl) Ours in Kenosha.  He was educated in the schools in Kenosha County and graduated from Wilmot High School.

John worked as a paint mixer at Sherman Williams for many years.

John enjoyed volunteering for the Silver Lake Boy Scouts and received the title of Master.

John loved fireworks and helped on the 4th of July lighting them off by the lake.  He enjoyed building model Navy Ships but most of all he loved being with family.

John is survived by his daughter Bobbie Jo Buhr, his brothers Lester (Christina) Ours of CA, Joseph (Kathy) Ours of Silver Lake, David (Pattie) Ours of McHenry, IL and Glenn (Laura) Ours of Round Lake, IL and his grandchildren Connor Carlson, Emily Buhr and Eizens Rozkalns.

He is preceded in death by his sisters Kathleen and Christine and a brother Richard.