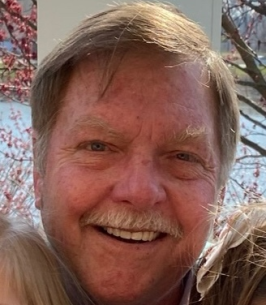 He was born August 5, 1952, Evanston, IL the son of Joseph Arvidson and Carol Andrews. He married Mary Ellen Arvidson in 1980.

John had many passions in life including spending quality time with family—he treasured the years spent as Howling Wolf in the YMCA Indian Princesses/Guides Program, teaching his children how to water and snow ski, cooking epic breakfasts while blasting “Breakfast with The Beatles,” watching Chicago Blackhawk games with his children, and going on adventures with his granddaughters. He had loyal friends from childhood and beyond. He was the life of the party, earning him the title “John the Party Man.” He was passionate about boating, especially Thursday night boat races.

His father, Joseph Arvidson, preceded him in death.

Visitation will be held from 3 p.m. to 7 p.m. on Friday, October 8, 2021, at Proko Funeral Home, with a service commencing at 7 p.m. Masks are required for attendance. Interment will be private. In lieu of flowers, those desiring may make contributions to BraveHearts (braveheartsriding.org) in his memory.