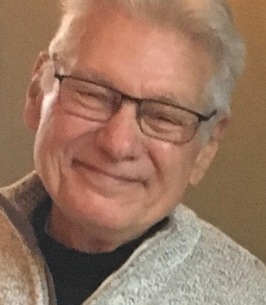 He was born December 7, 1937, in Chicago, IL the son of the late John and Lucille (Fox) Murphy. On April 8, 1961, he married Joan Lacey in Elmwood Park, IL; they settled in Kenosha, WI five years ago.

John was a parishioner of St. Anthony of Padua Catholic Church, Kenosha, WI. He loved the game of golf and always kept busy with different hobbies. He especially cherished time spent with his grandchildren and great-grandchildren.

Memorial visitation will be held from 10:00 a.m. – 11:00 a.m. on Friday, January 28, 2022, at St. Anthony of Padua Catholic Church, 2223 51st Street, Kenosha, WI. Memorial Mass of Christian Burial will commence at 11:00 a.m. and interment will follow in St. George Cemetery, Kenosha, WI. In lieu of flowers, those desiring may make contributions to the Wounded Warrior Project, in his memory.