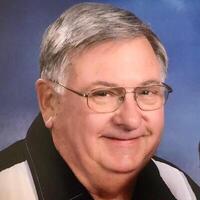 John Hartnell, 77, of Kenosha passed away on February 12, 2022, at Froedtert Pleasant Prairie Hospital surrounded by his loving family.

John was born on December 13, 1944, in Kenosha, the son of the late Phillip Hartnell and Virginia (Zabukovec) Zuehlsdorf. He was educated in the schools of Kenosha. John married Eileen Swan on December 5, 1964, in Kenosha. He was employed at American Brass Company for over 35 years. John was a member of Trinity Lutheran Church. His hobbies included playing city league softball and basketball, men’s softball ump, dart ball, bowling, but most of all he loved spending time with his friends and family, especially his grandchildren.

A visitation will be held at Kenosha Funeral Services on Friday February 18, 2022, from 4:00PM-6:00PM with funeral services to follow immediately at 6:00PM.