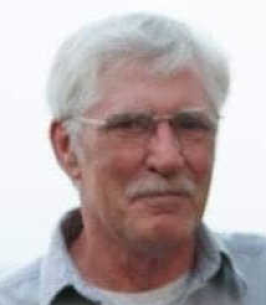 John B. Organist, 74, of Kenosha passed away at his home on Monday, May 9, 2022, after waiting for his entire family to be by his side.

Born in Kenosha, WI, on May 13, 1947, he was the son of the late Bernard and Genevieve (Babino) Organist. He enlisted in the United States Marine Corps in 1964. He was among the first that landed in Vietnam being an AmTrac driver. He was very proud to be a Marine and was honorably discharged in 1968.

On March 3, 1969, he married the love of his life, Linda Wright, in Chicago IL. They planted roots in Kenosha and he worked at American Motors for 30 years. In his free time, he loved traveling, especially to his sister’s ranch in New Mexico. John enjoyed playing pool with his buddies, especially free pool Mondays. He loved to take his family camping; anyone that would join them would be considered and treated like family, blood or not. He was an avid fisherman and rock collector. John was extremely proud of his children and grandchildren.

He is preceded in death by his parents.

The family will be having a Celebration of Life at 4:00 p.m. on Friday, May 13th, at their family home to honor John.