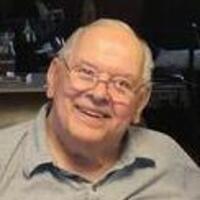 Joe Jenel, 82, of Pleasant Prairie passed away on March 26, 2022, surrounded by his loving family.

Joe was born on June 7, 1939, in Kenosha, the son of the late Nicholas and Eleanor (Yokna) Jenel. He was educated in the schools of Kenosha. Joe married Linda Payne on August 9, 2001, in Kenosha. He worked at Kaebler Plumbing and then AMC/Chrysler as a pipe fitter/plumber for many years. Joe was a member of the United States Marine Corps. He hobbies included cheering for the Green Bay Packers, tinkering around he was jack of all trades but most of all he loved spending time with his friends and family, especially his grandchildren.

Survivors include his wife, Linda Jenel of Pleasant Prairie; children, Diane Lenfesty of Kenosha, Michelle Jenel of CO, Jennifer Jenel of Racine, Kurt (Michele) Mount of Grayslake, IL, Kevin (Taryn) Mount of Rockton, IL; sister, Mary Holdsworth of Kenosha; 12 grandchildren and 6 great grandchildren; also included is Barbara Jenel who is a such a special person to Joe and his wife.

Joe was preceded in death by his parents, brother, John and his sister, Frances.

In lieu of flowers donations to St. Jude (st.jude.org).

Services will be held at Southern Wisconsin Veterans Memorial Cemetery on Monday April 18, 2022, at 10:00AM.