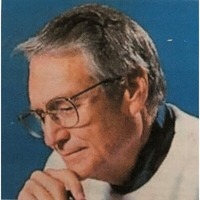 Joe E. Liles, of Kenosha, passed away peacefully, surrounded by his loving family, Thursday, August 19, 2021 at his Kenosha residence.

He was born on December 26, 1930 to the late Joe B. and Bernice (Hatchett) Liles in Abilene, TX. Joe is survived by the love of his life Kay, his children Kenny (Patty) Liles, Toni Beams, Teri (Tom) Nelson and Rick (Marti) Liles, his grandchildren Chris, Ryan, Kelly, David, Scott, Kaylee, Shane and Cassie, and many grandchildren and great grandchildren, a brother Charles, and a sister Sue, as well as preceded in death by a brother Mike.

Arrangements for a private burial will be followed by a memorial celebration at a later time after the pandemic subsides.

“The song has ended, but the melody lingers on…” for beloved Barbershopper Joe Liles. There are no words, no notes, no harmonies large enough to encompass the breadth of Joe’s influence on the Barbershop Harmony Society, and on the barbershop art form. In addition to hundreds of original songs, and hundreds of arrangements, his fingerprints are on untold more works that he brought to print as Music Publications Editor, as a teacher, mentor, and colleague to other arrangers.

A member of the BHS Hall of Fame, a seniors quartet champ, a past Society Executive Director— any list of accomplishments falls woefully short of describing the man, whose quick wit and groan-worthy puns fired at maximum intensity right up to his final days. Joe’s friends around the globe (numbering in the tens of thousands) will remember him for being keenly interested in each life, each person he met. Because although he loved barbershop, he loved Barbershoppers even more. Joe passionately, devoutly, with every breath, wanted more people singing, in every combination—men’s, women’s mixed—in every style. He directed SPEBSQSA choruses and Sweet Adelines Choruses. He created music for church groups, for high school groups, for people he’d never met but who had found him.

Indeed, Joe’s entire musical output can be described in the titles of two of his original compositions: “Let There Be Music! Let There Be Love!” and “Teach the Children To Sing.”

If we—his friends, musical heirs, and mourners—achieve even a fraction of those aims, we will have lived a Joe Liles life.