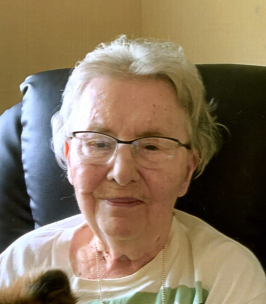 Born on July 3, 1935, in Kenosha, she was the daughter of the late Carl and Esther (Burt) Jonson. She attended local schools and graduated from Bradford High School in 1953. She graduated from Gateway Technical College in 1976.

Joan was a Medical Assistant at a doctor’s office for many years. She was very active in AAMA. She was later employed as a teller at Southern Lakes Credit Union.

She was a member of the Kenosha Kennel Club for many years and held various offices. Joan raised many dogs, a few of which were trained therapy dogs. She trained her Shelties in agility and obedience. Joan was a former member of St. Matthew’s Episcopal Church. She was a talented painter and interior decorator. She was an avid Green Bay Packers fan.

She was also preceded in death by her sister, Betty Jonson, and brother, Robert Jonson.

Funeral services will be held on Monday, November 29, 2021, at St. Matthew’s Episcopal Church, 5900 7th Avenue, Kenosha, WI 53140, at 12:00 p.m. Interment at St. James Cemetery will follow. A visitation will be held on Monday at the church from 11:00 a.m. until the time of service. Per Joan’s wishes, in lieu of flowers, memorials to Kenosha Forgotten Friends would be appreciated.