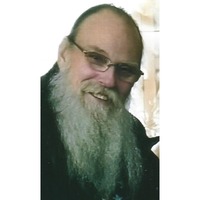 Jerry L. Chapman, 66, of Kenosha, passed away peacefully surrounded by his loving family, Thursday, May 19, 2022 at his residence.

He was born on January 22, 1956 to the late Curtis and Eva (Baker) Chapman in Waukegan, IL.  He was educated in the schools of Kenosha and graduated from Tremper High School.

On April 26, 1974 he married the love of his life Kathy M. Arndt at Fellowship Baptist Church.  They just celebrated their 48th wedding anniversary.

In 1974 Jerry entered the US Marine Corp and was honorably discharged in 1976.

Jerry worked as a pipefitter/welder for Abbott’s for 33 years, retiring in 2009. He worked with a good crew and had many good times.

Jerry enjoyed spending time with family and friends, woodworking and house remodeling.  He built one new home and seven remodeled. Jerry had a passion for old cars but his restored 1965 Pontiac GTO was his baby.  He had lots of fun working with his sons restoring the GTO.  Many fun summer days were enjoyed driving around town with his kids, grandkids, family, friends and the love of his life Kathy.

He is preceded in death by a sister Jan Carter and a brother Clovis Jackson.

Funeral Services for Jerry will be held on Friday, May 27th at 1:00 p.m. at the Bruch Funeral Home.  Entombment with Full Military Honors will follow at Sunset Ridge Memorial Park.  Visitation will be held on Friday from 11:00 a.m. until the time of service.  The family would like to thank the staff of Hospice Alliance and Chaplain Charlie for their loving and compassionate care given to Jerry.