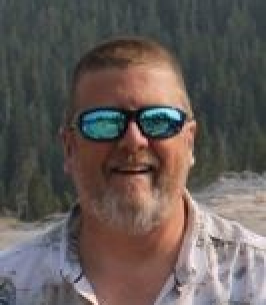 Jeff passed away on December 14, 2021, after battling many illnesses over the years. Jeff is now at peace and no longer in pain.

Jeff was born in Kenosha on July 5, 1965, the son of Ronald and Donna (McAllister) Voelz. Jeff graduated from Tremper High School, Kenosha, Wisconsin, Class of 1983.

On July 9, 1990, Jeff married his best friend, Denise. Jeff was a kind-hearted husband to Denise (Corcoran), and compassionate father to Jacob, Sarah and Nicole. Jeff enjoyed being outdoors, traveling, scouting and cooking.

Jeff worked for the Kenosha News for many years, before becoming a paramedic.

In addition to his wife and children, Jeff is survived by his sister, Sandy Jahns and his brothers, Dennis (Nancy) Voelz and Daniel (Gay) Voelz. He is also survived by his Aunt, Marilyn Heaten, mother-in-law Grace (VanderLeest) Schiebenes, brother-in-law Mike Corcoran (Mary) and many nieces, nephews and cousins.

He is preceded in death by his mother and father, his fathers-in-law, James Schiebenes and James Corcoran.
Family and friends take peace in knowing that although Jeff has passed, as an organ donor, he passed on the gift of life, research and teaching to so many. Jeff’s giving spirit continues.

A visitation and memorial service will be held at a later date.