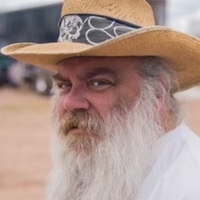 Jeff was a mechanic for many years.

Jeff enjoyed traveling while mud racing, going to Great Lakes Dragway, and working on cars. He loved music, the band Five Finger Death Punch and going to concerts with his brother Jim.

He is preceded in death by a nephew Jarett Heck and his grandparents Alvin Heck Sr., Stella Heck, Willard and Laverne Sorenson.

Services will be held at a later date.