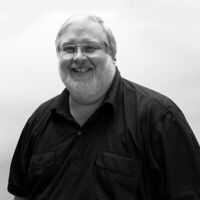 He was born on December 13, 1959, the son of Bobby Wilson, Sr., and the late Betty (Teddar) Wilson and was raised in Kenosha.  Jeff married the love of his life Dalana Arion on August 1, 1981. For 29 years Jeff was a fiscal manager contracted with Kenosha County. His love for the Green Bay Packers filled his office and this past year he fulfilled his dream of becoming a partial owner of the team. Jeff always won family game nights, especially word games, and his trivia knowledge was unsurpassed. He did everything for his family, he was so loved, and will be greatly missed.

The family wishes to extend their deepest gratitude to the heroes who rendered medical aid on the scene.

In lieu of flowers please consider sending memorials to the family.