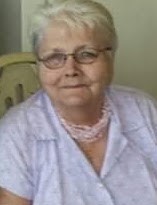 Janice R (Subject) Sloan, age 79 of Kenosha passed away on April 6, 2022 at St. Catherine’s Hospital, Kenosha. Janice was born on October 23,1942 in Iowa City, Iowa to John and Beatrice (Thompson)Subject. She was educated by the schools in Eagle Grove, Iowa.

In her young age she was a secretary in Eagle Grove, though throughout her lifetime she held various jobs, she was a very hard worker and caring heart. She was an avid Packer fan, Elvis Presley fan, liked Soduko, games on her tablet going to the Goodwill; she enjoyed spending time with her family and friends.

She was preceded in death by her parents, two brothers Vernon and Hal and one sister Carole.

The family would like to express their sincerest gratitude to the staff at St. Catherine’s Hospital that helped our mom through this process.