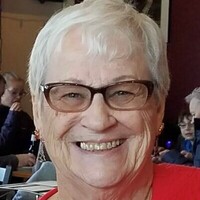 Janet Truax, 75, of Beach Park passed away on Saturday February 19, 2022, at home surrounded by her loving family.

Janet was born on May 2, 1946, in Lawrence, Massachusetts, the daughter of the late Ovila & Irene (Nicholson) Blouin.  She was educated in the schools of Massachusetts and served as the Gurnee, Illinois American Legion (Post 771) Women’s Auxiliary President for one year during the 1980s.  Janet married Robert Truax on October 7, 1989, in Kenosha, Wisconsin. She retired from Abbott Labs in 2003. Her hobbies included traveling, scrap booking, genealogy, going out to lunch with friends, collecting for the Vets & homeless around the Holidays, but most of all spending time with her family & friends, especially her grandchildren.