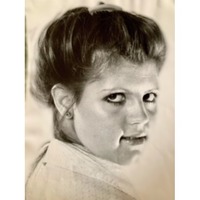 Janet Ricchio, 59, of Kenosha passed away on Wednesday August 25, 2021 at Froedtert-St. Catherine’s surrounded by her loving family.

Janet was born on July 12, 1962 in Kenosha the daughter of Carmin & Audrey (Seitz) Ricchio.  She was educated in the schools of Kenosha.  Janet married Jim Mangan on December 7, 1994 in Kenosha.  Janet was employed as a self employed travel agent for many years, working at Ascott Travel in Gurnee.  Her hobbies included skiing, playing the lottery, traveling, shopping, cheering for the Packers, but most of all spending time with her family & friends.

Survivors include her daughter, Christina (Drake Kleinschmidt) Mangan of Kenosha; mother, Audrey Ricchio of Kenosha; brothers, Robert (Annette) Ricchio, Dan Ricchio both of Kenosha; ex-husband, Jim Mangan of Kenosha; niece, Rachel; nephew, Rhys; and many other family & friends.  Janet was preceded in death by her father, Carmin, and sister, in infancy Kathy.