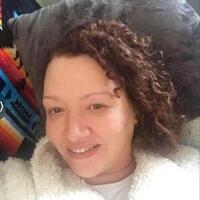 Jamie Jones, 47, of Kenosha started her journey into the spiritual world on December 8, 2021.

Jamie was born on July 19, 1974, in Kenosha, the daughter of James and Karen (Massey) Jones. She was educated in the schools of Kenosha. Jamie was employed as a general laborer at Guttormsen Bowling Alley. She was also very proud to be an enrolled member of the Menominee Indian Tribe. Her hobbies included watching reality TV shows, playing games on the computer, but most of all she loved spending time with her friends and family especially her cat Milo.

Survivors include her mother, Karen Jones of Kenosha; brothers, Todd Jones of Shawano, WI and Troy Jones of Bonduel, WI; grandmother, Joan Lord of Legend Lake in Keshena, WI. She is further survived by uncle, William Massey of MS; aunts, Susan Osterlund of Kenosha, Annie Jones of Madison and Mary Sebena of AZ and longtime boyfriend, Robert Mastronardi. Jamie was preceded in death by her father, James Jones, both paternal grandparents and 3 uncles.