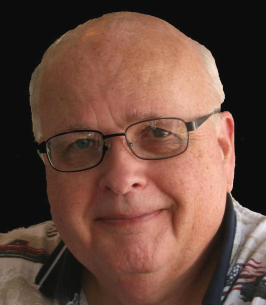 James W. Hackett, 78, of Kenosha, passed away on Saturday, December 18, 2021, at Froedtert South – Kenosha. Born in Evergreen Park, IL, he was the son of the late John and Myrtle Hackett.

James was a manager of computer operation at Cole-Parmer Instrument Co. and retired in 2009. He enjoyed traveling around the country and seeing the sites. He loved to take photos and videos of both his family and the sights he traveled too. His greatest passion however was all his work with the genealogy and researching his family history. He actually followed his family tree all the way back to 1400’s and Ireland where he originated. One of his greatest accomplishments was traveling to Ireland with all his children and grandchildren in the fall of 2010. He was able to see the family origins and tributes. From this passion he developed a gift for helping others with the Kenosha County Genealogy Society. He also donated time to the ALS association of Milwaukee.

Aside from his parents and wife, he was preceded in death by his brothers-in-law, Patrick Nevell and Jack Karl.

In lieu of flowers, donations to the family would be appreciated.

Due to health concerns, services for James will be held privately. You can livestream the service on Monday, December 27th, at 11:00 a.m. by following the link https://client.tribucast.com/tcid/3761670082