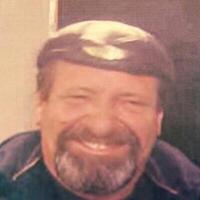 James Smith, 71, of Kenosha passed away on September 26, 2022, surrounded by his loving family.

James was born on October 21, 1950, in Wauwatosa, the son of the late James C. and Mary (Patton) Smith.  He was educated in the schools of Kenosha. James worked in construction for many years. He was a member of the United States Marines serving from 1969-1971. His hobbies included motorcycling and spending time with his friends and family especially his grandchildren.

A visitation will be held on Friday October 7, 2022, at Kenosha Funeral Services from 4:00PM-6:00PM with funeral services to follow immediately at 6:00PM.  Burial at Southern Wisconsin Veterans Memorial Cemetery.

In lieu of flowers memorials to the Southern Wisconsin All Airborne Chapter would be appreciated.