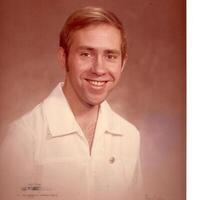 James Johnson, 73, of Kenosha passed away on Thursday September 8, 2022, at Froedtert South-St. Catherine’s surrounded by his loving family.

James was born on February 19, 1949, in Kenosha. He is the son of the late Erling & Agnes (McClusky) Johnson. He was educated in the catholic schools of Kenosha. He graduated from UW-Parkside, St. Luke’s School of Nursing, and Mt. Scenario College. He was a member of the U.S. Navy, serving as a corpsman from 1972-1976. He also served in the U.S. Army from 1976-1979 as an Army Nurse. James was employed as a Registered Nurse at Kenosha Hospitals for 36 years, 20 of which were in infection control. He instituted many safety protocols for staff & patients throughout the years. He was a member of St. Mark’s Catholic Church & the Knights of Columbus. His hobbies included gardening, cheering for the Packers, but most of all spending time with his family & friends.

His survivors include his sister, Mary Hager of SC; nieces Jean Stave of WA and Janet Hager-Nolan of CO; nephew Steven Hager of NC; and great nephew Alexander Nolan of CO. James was preceded in death by his parents, brother, Erling Jr., and sister, Kathleen Welton.

A memorial gathering will be held on Tuesday September 13, 2022 at Kenosha Funeral Services from 5:00PM-6:00PM, with funeral services to follow at 6:00PM.