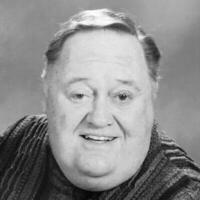 James Kramer (81), of Lodi, WI went to his heavenly home on February 15, 2022.  His medical conditions worsened and he passed away at his home, blessed to remain active, independent, and full of humor till his last day.

James was born May 18, 1940, in Chicago, IL, the son of James J. and Anna (Moskwa) Kramer. He was educated in the schools of Lake County, IL. James married Carolyn Harrison on October 8, 1960, in Wadsworth, IL. They raised 4 children in Pleasant Prairie, WI.  He was employed as an electrician for American Brass Company for many years. James was a member of the United States Navy and St. Therese Catholic Church in Kenosha. His hobbies included being outdoors, hunting, boating, but most of all he loved spending time with his friends and family.

A visitation will be held at Kenosha Funeral Services on Friday February 25, 2022, from 10:00AM-11:00AM with funeral services to follow immediately at 11:00AM. Burial at All Saints Cemetery.