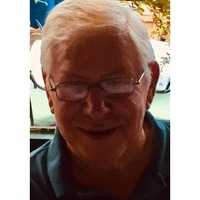 James was born on September 20, 1946, in Kenosha, the son of the late Frank Oliak and Mary (Lazar) Oliak. He was educated in the schools of Kenosha. James is an Army veteran as well as the owner/operator of  Clean Lines and worked as a salesman/delivery for May Beverages for over 30 years. His hobbies included fishing, darts, bowling, going to the park with his bud Alivia Traylor and spending time with family and friends.

Services will be held at Kenosha Funeral Services on Friday April 1, 2022, visitation is from 1-3pm with services starting at 3pm.

In lieu of flowers donations to Hospice Alliance, American Cancer Society or the WI Veterans Network would be greatly appreciated.