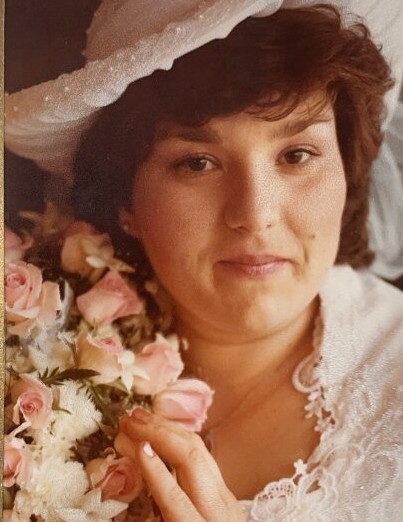 Jacquelyn Theresa Anderlick (Lorenz), age 64 of Twin Lakes, WI, died on Friday, December 3, 2021 at Aurora St. Luke’s in Milwaukee. Daughter of Janet Duresa, Jacquelyn was born on December 13, 1956 in Chicago, IL. On September 8, 1984, Jacquelyn was united in marriage to Robert Anderlick at St. John the Evangelist Catholic Church in Twin Lakes. Jacquelyn was a loving, devoted mother and wife who was active in all of her children’s extra-curricular activities. She was a Boy Scout Troop 343 Mom as well as a Jobie Mom. Jacquelyn was a member of St. John’s in Twin Lakes where she taught catechism and volunteered in the food pantry. She was an excellent baker, winning blue ribbons for her breads. Jacquelyn was known for her incredible homemade pizzas, an absolute favorite among her kids and their friends. She also enjoyed sewing, gardening, and knitting, and was able to master just about anything she tried her hand at. Those who knew her would say that Jacquelyn didn’t just try to be a good person, she truly was a good person, and she will be sorely missed.

Jacquelyn is survived by her husband of 37 years, Robert Anderlick; children, Cheryl, Sarah (Tom Bond), and Bobby Anderlick; grandchildren, Jenelle Bond and new baby girl on the way; mother, Janet Duresa; siblings, Al (Judy) Duresa and Nancy Duresa; and her uncle, Herman Lorenz Jr. She was preceded in death by her grandparents who raised her, Herman and Theresa Lorenz; and her uncle, Robert Lorenz.

Friends and family are invited to a visitation on Friday, December 10, 2021 from 4:00PM until 8:00PM at Haase-Lockwood & Associates Funeral Home and Crematory, 620 Legion Dr., Twin Lakes, WI. A funeral mass will take place on Saturday, December 11, 2021 at 10:00AM at St. John the Evangelist Catholic Church, 701 N. Lake St, Twin Lakes WI. Light refreshments will be served in the church basement following mass. Online condolences at haaselockwoodfhs.com. Haase-Lockwood & Associates Funeral Home and Crematory of Twin Lakes is honored to be assisting the Anderlick family.