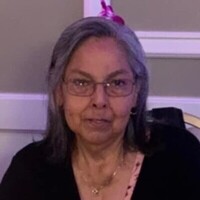 Irma Guerrero, 68, of Kenosha passed away on July 1, 2022, surrounded by her loving family.

Irma was born on May 8, 1954, in Crystal City, TX, the daughter of the late Encarnacion and Felise (Reyes) Lopez. She was educated in the schools of TX and WI. Irma married Robert Guerrero Sr. on December 8, 1972, in Milwaukee. She was employed as a lunch aid for Kenosha Unified School District for many years. Her hobbies included cooking and spending time with her friends and family, especially her grandchildren.