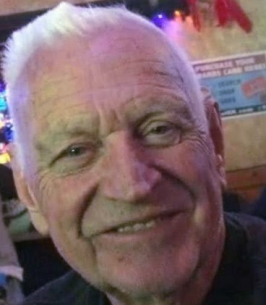 Howard “Howie” Latshaw Sr., 85, of Kenosha, WI, passed away peacefully on Monday, November 1, 2021, at Kenosha Senior Living. He had many family and friend visitors in his final days.

Howie was employed by American Motors/Chrysler for thirty years until his retirement and was a proud member of UAW Local #72. He loved to stay busy and had multiple jobs for many of his working years.

Howie had a passion for sports that started in high school where he was a standout basketball player for Logan High school. After 2 years in the service, he moved to Kenosha for work and quickly became a top player in basketball and softball that culminated in a World Championship with Tirabassi and ultimately induction into the Kenosha Softball Hall of Fame.

He was preceded in death by his parents, wife, his cherished daughter, Djuana “DJ” Latshaw; his sister, Delores Latshaw; and two brothers, Tom and George Latshaw.

A visitation will be held on Monday, November 8, 2021, at Proko Funeral Home from 9:30 a.m. until 11:00 a.m. A service will follow at Sunset Ridge Memorial Park at 11:30 a.m. Entombment with Full Military Honors will follow. In lieu of flowers, memorials to Kindred Hospice Care would be appreciated by the family.