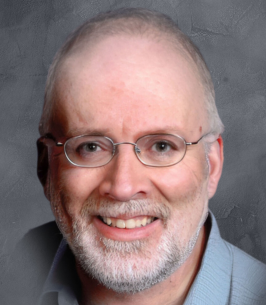 Howard Dale “Howie” Gloff—age 63–passed from Earthly Life to Eternal Life on Wednesday September 28, 2022, at Aurora Medical Center in Kenosha, Wisconsin. He had lived with cancer since 2015.

Howie was born in Hot Springs, AR on August 2, 1959. The second son of Daniel and Corrine (Hansen) Gloff. Howie father died when Howie was a child, and his family lived in various locations for a time, settling primarily in Rapid City, SD. They eventually returned to Wisconsin, where Corrine originally came from.

Howie graduated from Hartford High School in 1977. He worked for Midas International for over 20 years. After he stopped working for Midas, Howie spent some time living a sort of vagabond lifestyle, traveling and working odd jobs.

In 2004, Howie began corresponding with a woman from a dating web site. They decided to meet in person at Friar Tuck’s in Fond du Lac, WI. By October 14, 2005 they were married. The woman was Pastor Kathleen Kahl, and they married at the church where she was serving at that time—Ebenezer United Church of Christ in Chilton, WI.

Howie took to being a pastor’s spouse and living in a parsonage the best that he could. While in Chilton, Howie worked briefly for Kroeger (Pick N Save) and then for Walmart. He promised that Kathy’s work would take priority, and in 2011 they relocated to Kenosha, WI so that Kathy could become the pastor at Somers United Church of Christ.

Howie had a corny and deadpan sense of humor, which he used frequently. Some men found him intimidating because he was 6’4”. Many of his female coworkers found him to be a friend who had a caring heart and a confidential ear.

Howie loved Polish Polka Music, featuring the Concertina (not to be confused with the Accordion). He was inspired and calmed by Bob Ross Paintings and his program on PBS. Howie liked to travel from time to time. He reveled in the Fall Colors of Vermont when he was traveling as a single man, and he reveled in the quiet of Mackinac Island on frequent trips there with Kathy. Howie enjoyed photographing nature. Every once in a while, he wanted to go to the casino.

Howie was preceded in death by his parents, by many aunts and uncles, by a brother-in-law that he never met: Jeffrey Kahl, his cousin—Chris Hansen and by his father-in-law: Arvin (A.J.) Kahl.

For those who wish to give a monetary memorial, he would have appreciated that it be sent either to ASPCA (their commercials made him cry) or Somers United Church of Christ. The Gloff’s are very grateful for the care that Howie received at the Kenosha Aurora Cancer Center, especially the nurses in the Infusion Room.