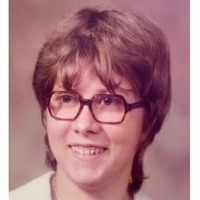 Hope was born on March 23, 1955, in Kenosha, the daughter of the late Russell and Mary Ann (McClure) Chase Sr. She went to elementary school and junior high in Racine; and graduated from Bradford in Kenosha. Hope started working at Kroks Supper Club to follow in her grandma’s footsteps. Later in life she was a daycare worker for many years. Her hobbies included cooking, crocheting, but most of all she loved spending time with her friends and family.

Survivors include her brothers, Russell Chase Jr. of Kenosha, Donald Chase, Kerry Chase and her sisters, Brenda Chase, Carol Chase and cousin Ruthie all from Racine.  Hope was preceded in death by her grandparents, aunts and uncles.