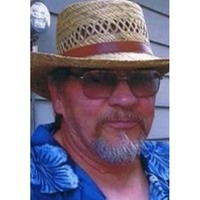 He was born on September 28, 1942 to the late Henry J. and Amelia (Savaglio) Rice Sr. in Kenosha.  He was educated in the schools of Kenosha and graduated from Mary D. Bradford High School.

On May 26, 1962 he married Juanita Jackson at St. Therese Catholic Church.

One of Hank’s biggest passions was music.  He was on the road with many bands throughout the states.  Hoping to become a rock-n-roll star.  He was also a talented musician/songwriter, a lead guitarist and band leader throughout Kenosha.

Hank was a former member of the Loyal Order of the Moose Lodge 286.

Hank owned and operated as Glass Company for many years.   Most of all, he loved spending time with his family.

He is preceded in death by a son-in-law Danny Ruffolo and a brother-in-law Jerry Chapman.