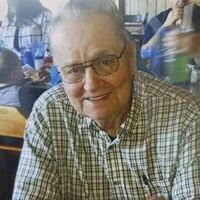 Throughout his formative High School years, Harold was torn between his love of music and his fascination with electrical engineering. As a teenager he wired the family barn with electricity and lights, the first barn to be modernized in all of St. Cloud County. Harold received several letters of commendation from Senator Hubert Humphrey for his science projects presented at the Minnesota State Fair – an electric hotdog cooker and a handheld truth detector. Though he was selected for a choral music scholarship at the University of Minnesota, he decided to pursue the field of electricity.

Harold joined the United States Navy shortly after graduating from the Foley High School in 1954. Harold quickly advanced through the Electricians Mate rating and was interviewed by Admiral Zumwalt to serve aboard the Navy’s first nuclear powered submarine, the USS Trident. On May 28, 1958, at the Subic Bay Naval Station in the Republic of the Philippines he was united in marriage to Nelia Evea. Deciding that life as a Sailor would present unnecessary hardship on his new family, he decided to leave the Navy he loved. After five years of honorable service, Harold returned to the Midwest. He started as an Electrician at American Motors in 1960. Harold would spend the next 28 years advancing with the company and eventually become the Spot-Welding Engineer responsible for the design and installation of the Gillman robotic spot-welding assembly line. After retiring from AMC, Harold became an international spot-welding consultant. His expertise in the science of spot-welding was called upon by auto manufacturers in China, Venezuela, Argentina, and Brazil.

Harold enjoyed fishing, hunting, and camping. His adventures took him to the salmon runs on rivers of Alaska, pulling halibut from the incredible depths of the hidden bays of the last frontier, chasing mule deer through the foothills of Montana and Colorado, and enjoying 58 consecutive whitetail hunting seasons in northern Wisconsin. Harold’s second home was his campsite on the Wolf River in Fremont.  Harold was a past Post Commander of the American Legion David Leet Post 552 in Somers, WI and an active Mason and Shriner.

Survived by his wife Nelia (Evea); his children Douglas (Charlene) Scherer, David (Rachel) Scherer, Duwayne (Sue) Scherer, and Dean (Sherry) Scherer; 11 grandchildren; 7 great-grandchildren; and many nieces and nephews. Harold was preceded in death by his parents; Frank and Ethel; brother Howard; sisters Lois and Elaine; and many hunting and fishing buddies.

Visitation will be held on Monday, September 20, 2021 from 9:00 AM until time of service at 11:00 at the Kenosha Funeral Services Kenosha, WI. Interment will follow in Sunset Cemetery.