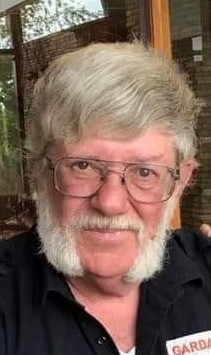 Harold A. Dodge, age 71, of Kenosha died on Thursday, March 17th, 2022 at Froedtert South – Pleasant Prairie Campus. Harold was born to Leonard and Ethel (Steies) Dodge on May 12, 1951 in Sparta, WI. He grew up around the areas of Dodge County. Most of the memories shared with family was of his time living and going to school in Tomah, where he attended and graduated from Tomah High School.

Harold served in the U.S. Navy from 1970 until his honorable discharge in 1981. He was first sent to Guam, and he helped rescue service members and people from Vietnam in the China Sea. Harold was then transferred to NATO in VA. After 11 ½ years of service, he left the military and returned to WI. He then worked with William P. Schmidt Security and Investigations working up to being the Vice-President. After working with Schmidt Security and Investigations, he was hired by the United Postal Service based in Kenosha. Harold retired from U.S.P.S. in 2010 when he began volunteering as a coach with the Kenosha Special Olympics. He adored each and every athlete, a few even called him dad instead of coach Harold. He was then hired on as security guard with both William Schmidt Jr. and with Uline in Pleasant Prairie.

In February he was diagnosed with stage 4 lung cancer with the hope he would go into remission. Sadly, this was not to be, and God called him home.

He is survived by his wife, Celese (Moore) Dodge; his daughter, Jennifer; a sister, Evelyn Sue (Dodge) Garrow; two sisters-in-law, Sandra (Moore) Costa and Cheryl (Moore) Pickhinke and quite a few nieces and nephews.

The family would like to wholeheartedly say thank you to Dr. Tariq Ahmed (Harold’s Oncologist), Dr. Alfred Habel (His Pulmonologist), Dr. Kevin Khater (His Radiation Oncologist) along with all the nurses of the Froedtert South Cancer Center for all the support during his time under their care.