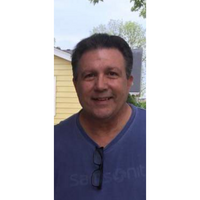 Guy Tracy, 64, of Kenosha passed away on October 7, 2021, at Aurora Medical Center Kenosha surrounded by his loving family.

Guy was born on May 9, 1957, in Kenosha, the son of the late Donald and Alice (Harkness) Tracy. He was educated in the schools of Kenosha. Guy was employed as a salesman for many years. His hobbies included golfing, hunting, cheering for the Green Bay Packers but most of all he loved spending time with his friends and family.