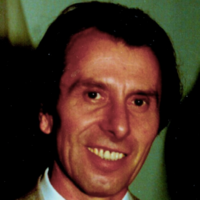 Guenter (Judsie) Jud passed away peacefully on January 17, 2022, in his hometown of Kenosha, Wisconsin. Guenter was born in 1935 and lived through some of the worlds most significant events. He was was a great story teller and always had a joke or two ready to share. He was a charmer and a flirt, with a sense of humor that made you chuckle and raise an eyebrow all at the same time.

Guenter grew up in Germany where he earned a degree as an explosives engineer and excelled in the field until he immigrated to the United States in his 20’s. He was proud of his German heritage and just as proud when he became a US citizen in 1974. He worked for Kenosha Auto Transport and then Feld Autobody until he retired. Guenter was an avid soccer and hockey fan his whole life and loved to sing. He was a member of the M.G.V Harmonia and when birthdays rolled around he often serenaded you with the happy birthday song he wrote when he was young. The older he was, the bigger his sweet tooth became, and he never turned down a chocolate chip cookie.

Guenter is survived by his sister, Else, his former wife, Claudia, their children Paul, Carrie (Bernard), Tricia (Joe), and Jon. He had six grandchildren and six great grandchildren. He was also close to Lisa and Heidi who were like daughters to him. He was preceded in death by his parents, Erna and Arthur. Guenter will be honored on January 24, 2022. Visiting hours are from 5-6 pm, with service at 6 p.m. at Kenosha Funeral Services & Crematory, 8226 Sheridan Rd., Kenosha, WI 53143.