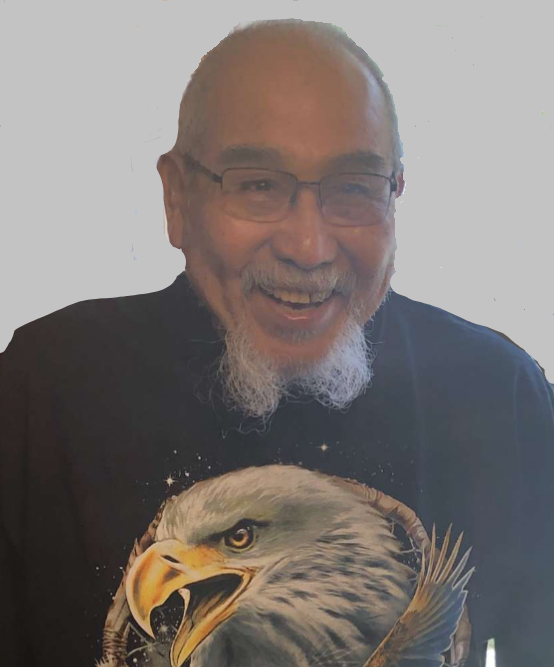 Guadalupe G. De La Rosa, 79, of Kenosha entered into paradise on October 9, 2021. He closed his eyes on earth and opened them to his Lord and Savior alongside with his wife, Sara T. De La Rosa, his parents, Heriberto and Angelita (Gamez) De La Rosa and siblings.

Guadalupe was born in Alamo, Texas a little ranch known as El Gato. He was the man known as “Quick as a Cat” and was a boxer. If given a shot, he used to say he would beat Muhammed Ali.  Guadalupe was a fighter until his last breath. It all began from the age of nine when his father passed away. Before Guadalupe started working in the fields picking fruits and vegetables to help his family, he proudly was promoted from fourth to fifth grade at the school of East Donna Elementary on May 26, 1954. At the age of twelve, he started driving trucks and became a migrant worker all across America. During his work travels, on a camping trip in Winchester, Indiana in August of 1964, he became mesmerized when he saw a woman in a red skirt and white blouse inside of a school building, who happened to be Sara Torres, his eternal wife. He told his cousins that he liked and loved her and that she would be the mother of his children. His cousins laughed at him and told him he was too ugly for her, but he proved them wrong.

On March 23, 1966 in San Juan, Texas, he married his Reina. They were blessed with their first born, Sylvia. Five months later they embarked on a new journey to Kenosha, Wisconsin to settle down and fulfill their dreams of becoming homeowners and starting a family. With this goal, he was blessed with the opportunity to work for J.I. Case in his early twenties. During his time there, he basically did every job the place offered. He built tractors, drove a dump truck, forklift, worked in the foundry and on the assembly line.  In the following years, he was blessed with five more children, Linda, Irene, Ernan, Armando, and Victoria.

On June 30, 1990, he completed a three-year course of studies in the Holy Scriptures at Ebenezer Bible Study.  Guadalupe was a very spiritual, Godly man with wisdom and knew the scripture by heart in which he taught his children, grandchildren, great grandchildren and others the word. His spiritual wisdom came from his mother who would pray every night. His mother would tell him to get on his knees and say “Jesus Christ” a thousand times before midnight. He loved his mother very much and took care of her needs as she took care of his by ironing his shirts.

Guadalupe did many things in life.  During his younger years, his hobbies consisted of playing Cowboys and Indians, hunting rabbits and fishing with his little brother Beto.  As he got older, his hobbies changed to collecting cars and having his children help with sanding and priming the cars, dancing with his children on the living room, taking them trick or treating and enjoyed taking his family to Lake Michigan where they always needed to have ice cream. He loved driving his Geo Tracker, singing, playing his harmonica and going to ALDI. He loved to spoil his wife and buy her gifts, he surprised her with their one and only home and just being her husband was an honor. On Sundays, one of his favorite things to do was go to church with his family and loved vacationing in Texas and Mexico to visit with family. His two favorite sports were Football and professional Wrestling.

Dad retired from J.I. Case in March of 2000 and started to enjoy his retirement life. Although he became ill, he fought through and had to overcome many obstacles. He loved his grandchildren dearly. He enjoyed being outside with them, watching TV, telling stories, giving piggyback rides, cracking jokes, and taught them the important fundamentals.  During his late life, his pastimes included filing his nails, watching the news, using dove pink soap, being cleaned shaved, getting a haircut, taking baths, and buying lottery tickets. He enjoyed talking on the phone, then preceded in telling one of his family members to “hang the phone”, give him “the pills”, and “eyedrops”. He was a very funny, kind, respected and loving man with much wisdom to give.

Guadalupe was a loving husband, father, brother, grandfather, great grandfather, friend and leader. He will be extremely missed by those lives he’s impacted, but most of all, everyone certainly knows he has been reunited with his loved ones at the golden gates of Heaven and will forever watch down and guide his loved ones till we are able to reunite and walk the streets of gold in Heaven with him.