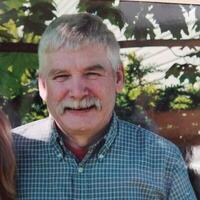 Gregory was born on September 10, 1956, in South Dakota, the son of Donald Tastad and Shirley Minehart. He was educated in the schools of Park Ridge, IL. Gregory married Joan Keane on June 27, 1987, in Western Springs, IL. He was employed as a Mechanical Design Engineer for FAMCO. He previously worked at Williams designing slot and video gambling machines. He also was a volunteer firefighter/paramedic for Stone Park, IL for several years. Gregory attended Kenosha Bible Church and United Methodist Church in Pleasant Prairie. His hobbies included riding his motorcycle, driving his Shelby, working on cars, cheering for the Chicago Bears but most of all he loved spending time with his family and friends, especially his grandchildren.