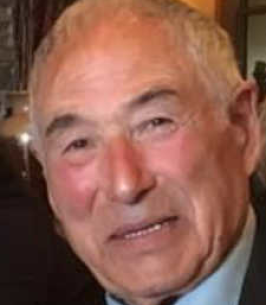 Born in Cerisano, Provincia of Cosenza, Italy, on July 7, 1935, he was the son of the late Francesco and Rosina (Muoio) Lucchetta. While in Italy, he served as a Paratrooper in the Italian Army, and owned and operated his own car washing business in Cosenza. He moved to Kenosha in 1969.

Joe was employed at renowned florist Montpellier in France, Cardinali’s Bakery, American Brass Co., and went on to work for American Motors/Chrysler until his retirement. An entrepreneur, he ran a successful landscaping business while employed at Chrysler, and continued working after his retirement, going on to own and operate Lucchetta Family Restaurant.

He was a member of Our Lady of Mount Carmel Catholic Church and enjoyed watching sports, spending time outdoors – gardening flowers, vegetables, and caring for his lawn and trees, making homemade wine and salami, his collectable Cadillac car, and most of all – enjoyed spending time with his family.

He was preceded in death by a brother, Sam Lucchetta; and a sister, Amelia Elia.