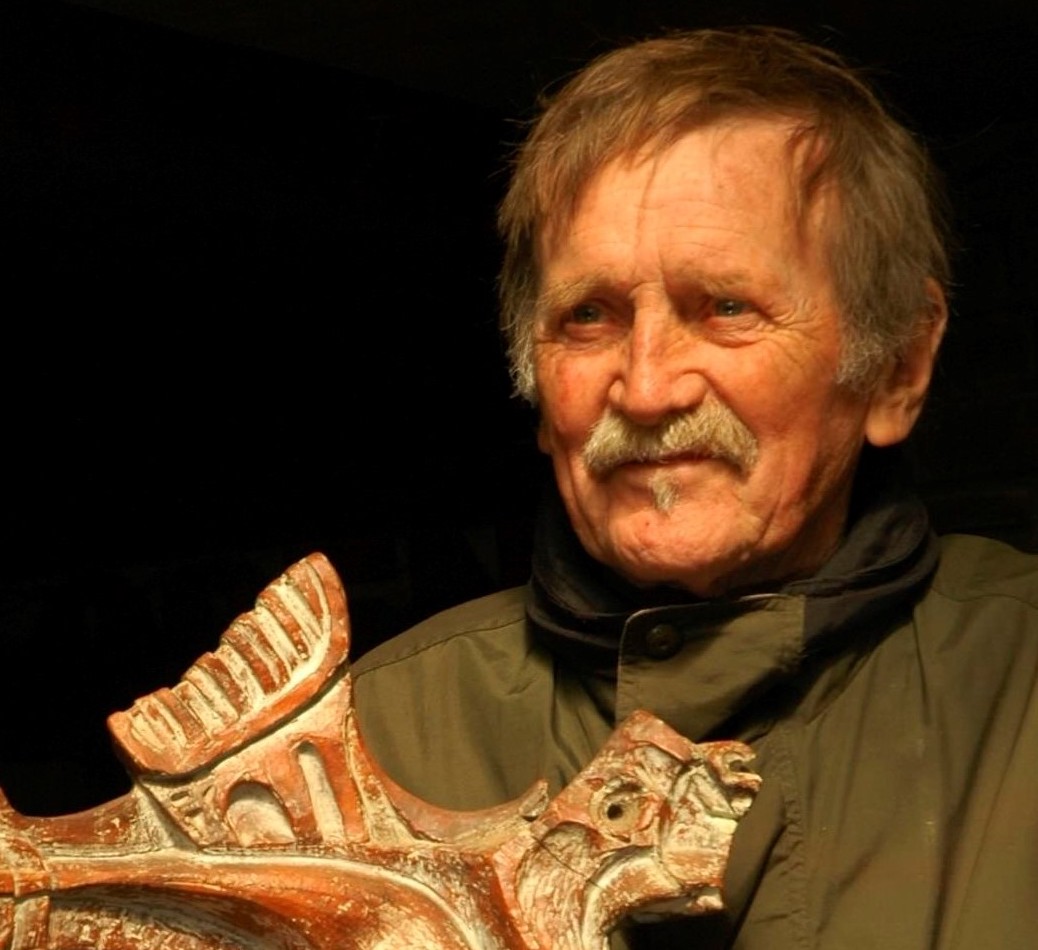 Gerhard Kroll passed away at the home of his daughter and son-in-law on Saturday, Nov. 27, 2021, after a long illness. He was born in Balga, East Prussia to Paul and Martha Kroll. In 1951, he emigrated to the U.S. aboard ship with his brothers Bernhard and Siegfried, landing in Boston, and eventually settled in Racine, Wis.

In 1953, Gerhard was drafted into the U.S. Army during the Korean war, where he served as a corporal and translator for his commander and for military courts in West Germany. After discharge, he attended Layton School of the Arts in Milwaukee, where he met Georgia. They married in 1958 and eventually started a family. The two artists bought a small machine shop and made it into a unique home. The house sat on top of a hill overlooking parks along the Root River valley.

After graduating in 1961, Gerhard freelanced as a sculptor, working primarily in clay and metal. He was the curator at the Racine County Historical Museum for more than 20 years, designing exhibits that included an Egyptian tomb, depictions of the lives of early settlers, stained glass exhibits and an industrial display featuring the J.I. Case Corporation. He also carved and painted a totem pole for the Save the Wolves Foundation and created many more rotating exhibitions. He loved teaching adult sculpture classes and formed lasting friendships with his students at Racine and Kenosha art associations.

Gerhard was beloved by family and friends for his offbeat sense of humor, his dynamic personality and the sense of wonder he created around the ordinary. His storytelling abilities were legendary to those who knew him, permeating his art so strongly that he became known as The Storyteller in the arts community. He displayed a limitless curiosity and had strong opinions about everything from politics to science, nature and world history. He loved to talk and exchange ideas and always had an affectionate hug ready. He enjoyed social occasions immensely where his wit, sense of humor and lively personality could shine.

Gerhard will be missed endlessly and never forgotten. He is deeply loved by his children and grandchildren; his brother and sister; as well as nieces, nephews, great nieces and nephews. He is survived by his wife, Georgia, his four children Kevin, Craig, Jason and Karina; son-in-law Dean Allen; grandchildren Clayton and Avaline Allen; his brother, Bernhard and sister, Rosemarie. His nieces and nephews include Alyssa, Tamara, Gregory, Armin, Tokjan, Tanja, Andrea; and Per, Thorsten and Klaas Hansen. He was predeceased by parents Paul and Martha; his sister Marianne and sister-in-law Evelyn; brothers Martin and Siegfried; and nephew Jorg.

The family is planning a private celebration of Gerhard’s life in late December.